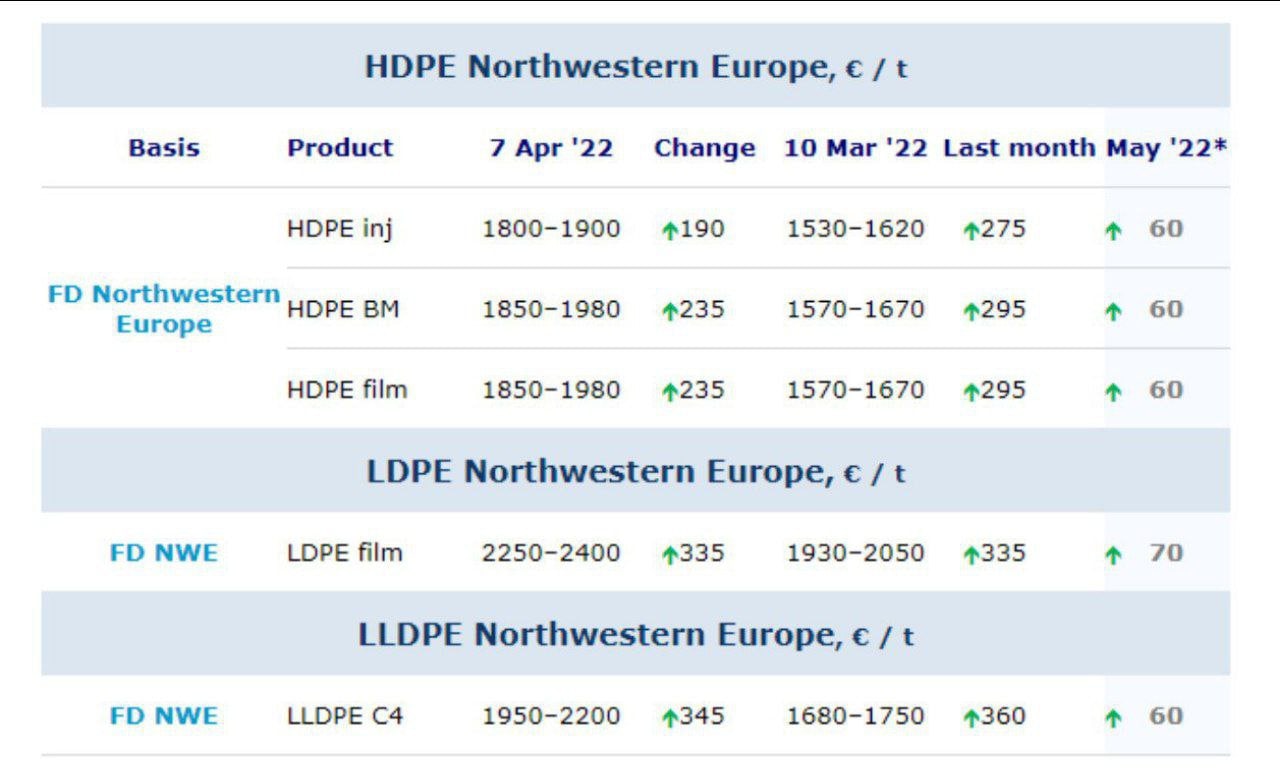 Ethylene MCP has been set at €1,665/t FD Northwestern Europe for April, €230/t up from the previous settlement. European PE makers have announced €200—360/t increases for April

"Energy fee" is around €90—140/t depending on product and producer. They announced it via special letters with calculations to customers,’ a market player has commented. LyondellBasell and Borealis have hiked prices for special grades to €360/t. Versalis has increased PE prices by €260/t.

PE demand has dwindled in Europe, some market players say. ‘Buyers restocked in March, expecting higher prices for April,’ a market player has told. However, other players have mentioned that buying activity is higher than expected.

‘Big customers built up some stocks, but they still need to buy something. Some customers are shocked, but they are ready to buy even at higher prices,’ a Czech trader has commented. HDPE supply has been adequate in Europe, but LDPE and LLDPE availability seems to get tighter.

According to market players, SABIC has been facing issues at the LLDPE plant.
Rompetrol is yet to complete scheduled maintenance and therefore is running out of LDPE and HDPE stocks.

Meanwhile, SIBUR’s product is available in the market due to contracts signed in late 2021—early 2022, according to market players. Some traders have already stopped cooperation with Russian companies as a lack of trucks, rising transport costs, long queues on borders are hampering supplies from the country.

PE demand will be moderate early next week but then will decline due to Easter Sunday. Prices will be unrevised or slightly adjusted. LDPE and LLDPE supply may decrease if demand is higher than expected in Europe.